The Tarf Bulls Golfing Society was formed after our great friend Norman McCully aced the 7th Hole in Galway Bay in 1999, it is hard to believe that so many great outing’s and BBQ’s have been enjoyed by so many from that one lucky shot.

From that one shot we encouraged members of both Rugby and Cricket clubs to come together and form the Tarf Bulls, it has been a great success and the Captaincy has passed on from Rugby to Cricket Members and great friendships have been formed from members who might normally have just passed each other around the club. We have a no stress attitude to our Golf Society, it’s all about the FUN, the BBQ afterwards and the late night’s mulling over what might have been.

We always encourage new members from both Clubs to join us on our outings and this year is no exception.

There is a Timesheet behind the Bar a couple of weeks prior to our outings and anyone can add their name, it’s quite simple, we like to make it easy to play.

THIS YEAR’S FIXTURES ARE AS FOLLOWS: 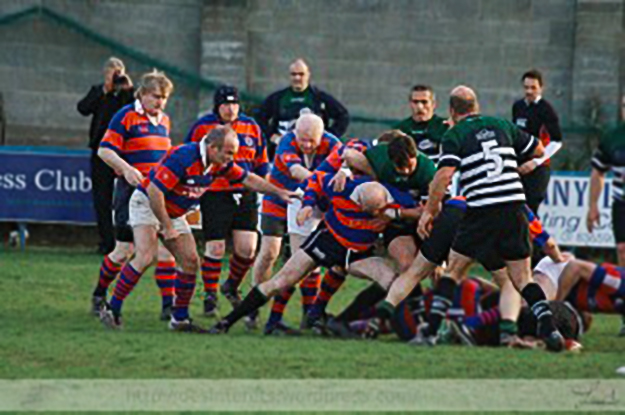 The annual Fathers and Sons versus the J4s is played in Castle Avenue on New Year’s Day. It’s always an excellent game.

During the year the Oldies played a few games against junior new players. As the season progressed the new players got better so we had to beef up our team. A separate side, the Veterans played and won the Veterans Cup.