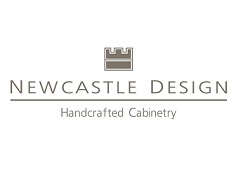 Clontarf finished an outstanding season 2008/09 with a stirring final display against the AIB League competition flag bearers Shannon in Limerick last May. The game, as you all know, ended in a 19 all draw and, as you also know, the trophy and the championship were awarded to Shannon on the basis that they had scored the

It’s a funny thing sport… I have always believed that if you gather a dozen kids of about the same age and size together and give them a soccer ball, within minutes a game will develop. In my memory, these games took on lives of their own with no apparent structure except that the teams were fairly balanced and there was nothing to interfere with the effort and enjoyment except for occasional breaks for food, or a cut knee, or the odd heated discussion about whether the score was 24 goals to 21 or 23 to 21. Combat only ended when the light became so dim that a pass further than 5 yards meant a lost ball. Players headed home glowing drunk with exhaustion earned from hours chasing in circles with friends.

The issues start to arise when the adult who gave the kids the ball decides to stay and organise ……. Pretty soon we have posts and lines where a bundle of jumpers sufficed; we have midfielders and strikers and offside traps and tracking back and pushing out and sticking with the runner. Then we have leagues and jerseys with numbers and trophies and relegation; the agony and ecstasy of failure and success.

We grow an administration arm. We feed and water it, elect it, empower it, entitle it, and emblazon it . We delegate it authority to administer and devise rules for our game in the hope that, despite the ocean of regulations that will inevitably emanate from this august body, the fundamental ethos that pulls a group of little kids together to play a ball game will still apply.

The game will go on until it has to stop. Whoever is leading then wins.

If no one is leading when we have to stop, then we will beg for more time until the next score. So ……. next score wins.

If the begging doesn’t work and we absolutely, definitely have to stop, we’ll all come back ………………………. and play again.