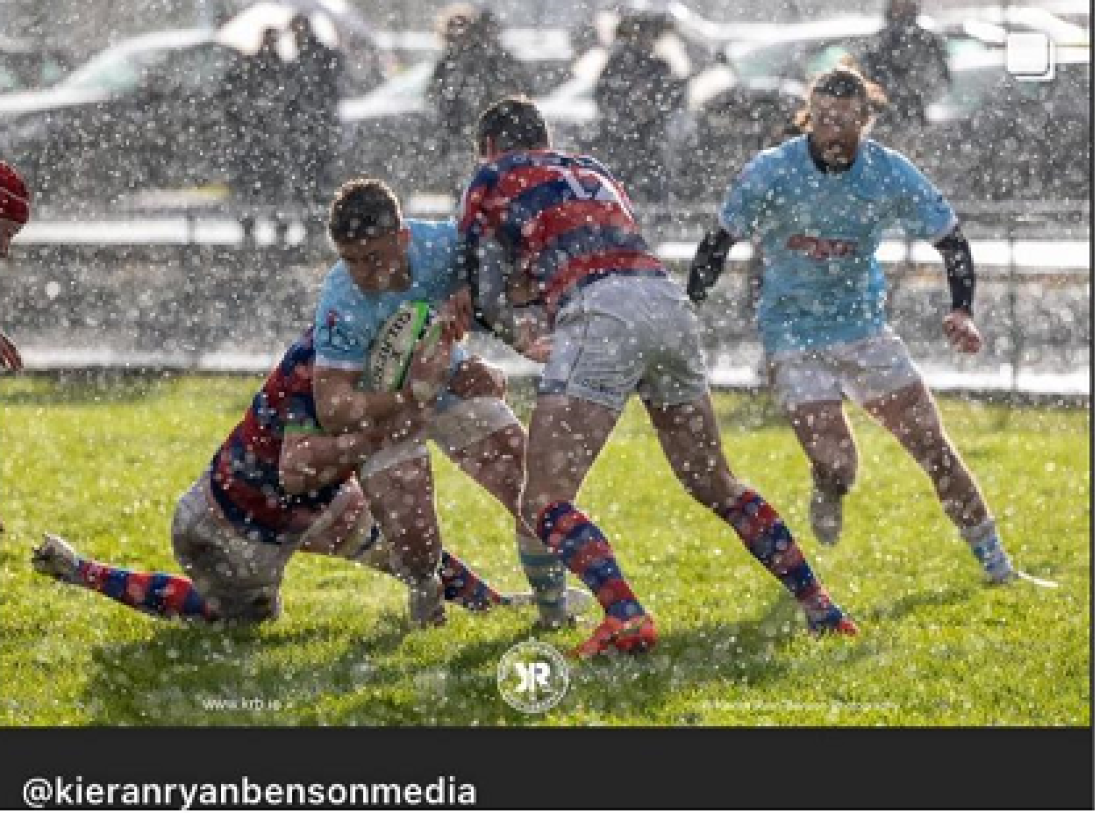 Oh dear, what an awful day for rugby.

Clontarf and Garryowen did their best to manage the elements, but you would have to say that the wind, hail and lashing rain dominated proceedings in Dooradoyle on Saturday.

The impossible conditions reduced proceedings to one pass rugby and so the team who managed to complete a pass and run hard were going to reap benefits. Tarf managed to score with almost the opening play and added another with the last play of the first half. Aitzol King got in on the right after solid work from a lineout. Garryowen replied after good ball retention, on the left and the game fell into a pattern of scrum penalties to Tarf followed by desperate efforts to control the ball for enough phases to make progress.

That proved to be a frustrating litany of knock-ons and dropped balls. As the half drew to a close Tarf, camped in the home 22 and using the one pass hard runner tactic, eventually pounded over for a second to Alexi Soroka and a 5-14 lead at half time.

The second half saw more of the same, but with extra kicking thrown in for excitement. It was from a beautifully weighted box kick from Angus Lloyd that full back Tadhg Bird chased for the score to bring it to 5-19. Garryowen rallied and managed to get a period of scrum dominance, which gave them territory. They added a penalty and as the game moved into added time managed a try against 13 men, after Con Kelly and Matt Darcy saw yellow. So final score was 13-19 to Clontarf.