Lane seals it at the death 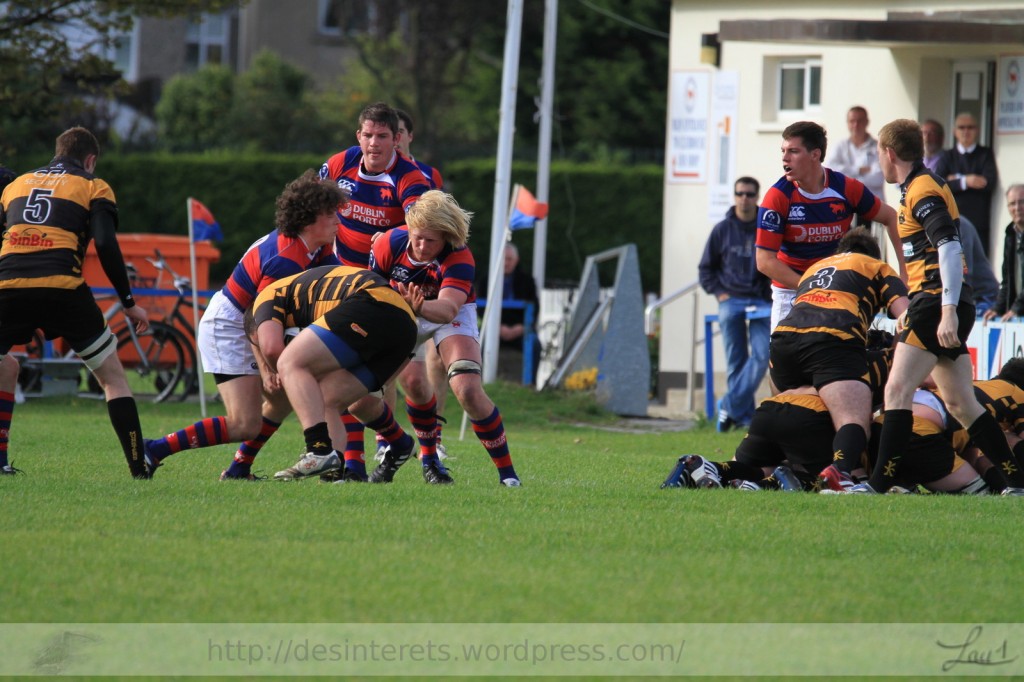 Perhaps it was the disappointment ofIreland’s defeat on Saturday morning that started the malaise that hung overCastle Avenuebut for long periods during Saturday’s match I really felt like being somewhere else. Somehow, watching the proceedings on the pitch, I felt somewhat emotionally disembodied, distant from the proceedings, uncaring about the result, and barely stimulated by the efforts of the two teams.

That’s hardly surprising as this match was God awful from the start.

Young Munster arrived with a simple plan which they applied with efficiency as befits a team with its coach in a pivotal position on the park. Apply pressure, hold on to the ball, earn penalties, and Willie Staunton’s 85% accuracy will take care of the rest. All Clontarf needed to do was drizzle a liberal helping of offside, off the feet at, and hands on in the ruck, and all would be cushty  for the cookies. Unfortunately we were happy to oblige and as a rugby nightmare began to unfold for the home team, Young Munster tacked on the three pointers with alacrity.

Happily for Clontarf the referee was there to even things up so when after a period of scrum pressure on the Munsters line he awarded a penalty try ‘Tarf accepted the gift and took the lead for the first time in the game at 7  6. That lasted all of 5 minutes when Staunton took Munsters to 9 points and half time with his third penalty.

The second half started with, yes you’ve guessed it, a penalty toStaunton. This was cancelled byRichie Lane after 54 and reestablished by Staunton after 65 leaving it 10  15 to Young Munster with 15 minutes to go. Another penalty to Tarf left the score 13 15 and the home side had a sniff.

Munsters did their utmost to control the ball and the clock by giving a masterclass in how to frustrate the opposition and defend a slender lead. They took it short to the left and right, they stood over it, went sideways if necessary, kicked penalties to touch, sat down for a rest before the throw, mauled the lineout, and picked left and right from the ensuing rucks. It can’t be great being a winger in Munsters.

Fortunately for Tarf we stopped conceding crucial penalties and as we had solid field position due to the strong wind when the Clontarf defense began to apply pressure, Munsters lost their nerve and conceded a kick on the half way which kissed the paintwork as it slid over the bar for the winning points and the man of the match trophy to Richie Lane.

So yahoo for two from two and the prize is a trip to Garryowen where another solidLimerickoutfit will give us a test. Garryowen had a strong win over Old B inAnglesea Roadwhere their kicker, Cusack, landed six kicks ……….