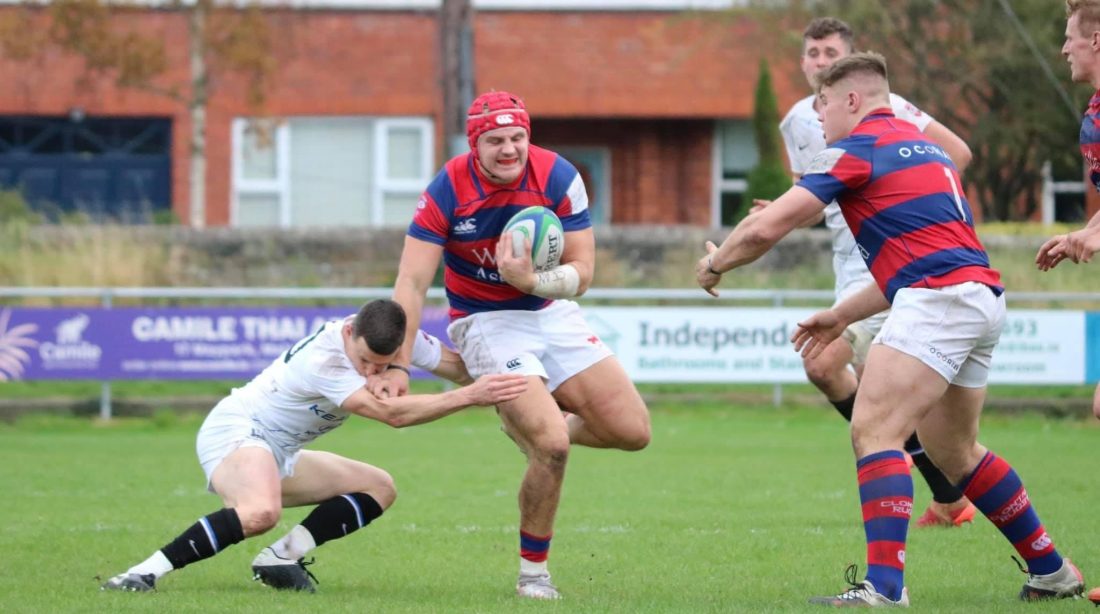 Clontarf’s season took a slap in Castle Avenue as a highly motivated Cork Con side deservedly turned over the champions. Clontarf dominated early possession and territory, but were thwarted by a mix of bad luck, bad handling and dogged defence from the visitors.

To add insult Con scored first against the run of play from a home error at the lineout which was swept wide for the no 13 to score for a 0-5 lead. Clontarf replied with a maul from Dylan Donellan,  which took us to half time 7- 5 in the lead.

The second half was a litany of home errors, allowing Con to grow further into the game. Their best defence was home inaccuracy. Early in the second half, Con added another score to go 12-7 ahead. Tarf levelled with a try from Angus Lloyd after great work down the middle from Tony Ryan. That was the high point of the game for Tarf, who lost cohesion and rhythm. Con added a try under the posts after some questionable juggling by the scrum half and killed off the game with a maul at the clubhouse corner. Final score was 12-24 to Con and no complaints from anyone in Clontarf .