Clontarf Subdue Rock at the Death 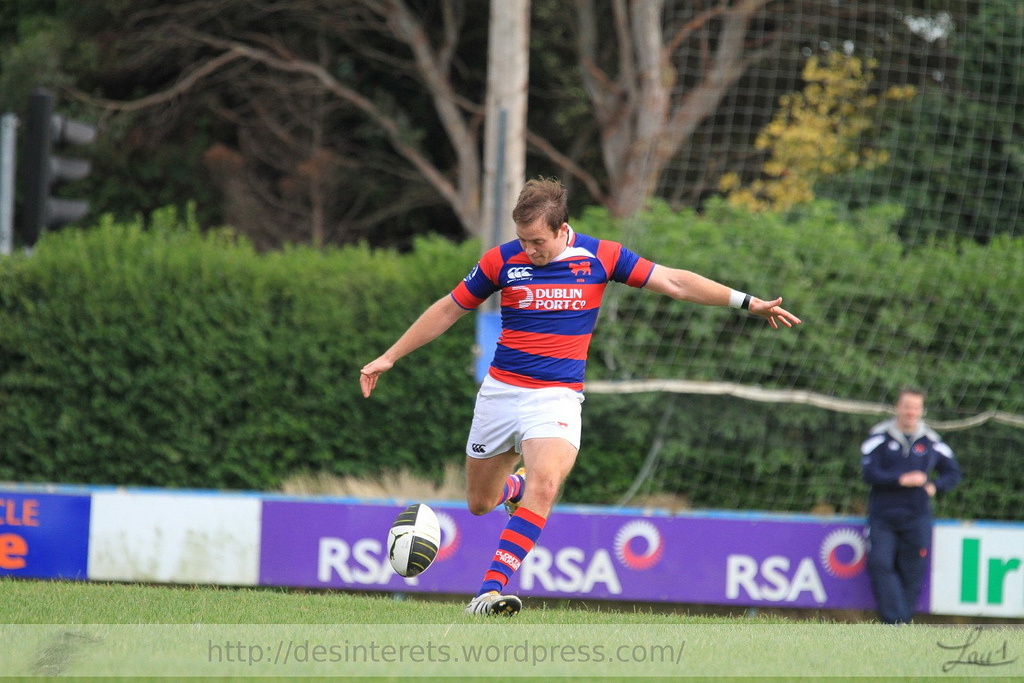 Clontarf got their Ulster Bank League campaign off to a winning start at a rain soaked Stradbrook on Saturday and will take great comfort from an agressive defensive display against a big Blackrock team who will compete with most in the physical stakes this season. Blackrock’s initial plan to target the inside channels came to grief on the swarming Clontarf defense and when the point of attack was switched wider they ran into Killian Lett who did a passable impression of a flying postbox with a couple of tooth shattering hits.

This is definitely not a game for old men.

As the game progressed it developed into a kicking duel between Clontarf’sRichie Laneand Blackrock’s Darragh Fitzpatrick with Rock never more than 9 points behind. In the circumstances an error would have been very costly so at 15 6 to ‘Tarf when Barry O’Mahony gathered an overthrown lineout ball and stood up the Rock blindside winger to score in the corner the relief was palpable among the away support. Needless to say that score also burst the Blackrock bubble and, as they tried to chase a lost cause, Clontarf finished the game with two quick tries to debutante scrum half Dermot O’Meara and an interception to the ageless Darragh O’Shea who showed a fair lick of pace to make the line.

This victory was very encouraging because it was won more from bloody mindedness than sunny skills. The day simply did not suit the latter and a touch of first game wobbles didn’t help either. As one of the older Blackrock members said the game was going to be won by good tactical kicking and fierce tackling and Clontarf won by a mile on both counts with Evan Ryan putting in a man of the match performance with the boot and the whole squad slamming the opposition back at every opportunity.

So, a new season, a winning start, and a sense of squad esprit de corps that has reached to the supporters beyond the sideline. In terms of skill and efficiency this was neither a perfect day nor a perfect performance.

In terms of physical commitment and intelligent tactics it was great.