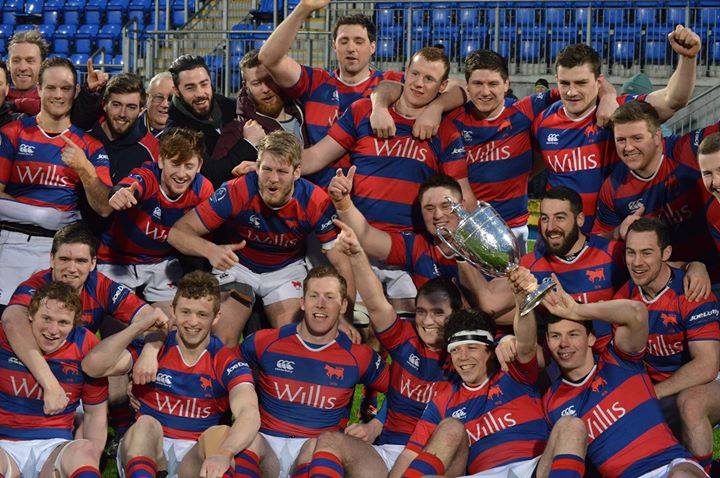 SUBSTITUTE scrum-half Peter Du Toit was the hero for Clontarf as they took UCD’s crown after a thrilling victory at Donnybrook.

UCD looked to be in pole position to defend their title when they moved 28-20 ahead with 17 minutes remaining, but tries from centre Matt D’Arcy and Du Toit clinched it for Clontarf. The league champions dominated possession and territory early on, but they only had a David Joyce penalty to show for their efforts before they handed the opportunity to UCD to get the game’s first try.

Out-half Stephen Murphy intercepted a pass deep in his own half to kick through, and after Tom Fletcher had gathered he found promising outside-centre Garry Ringrose supporting inside for a straightforward finish.

UCD were then guilty of some awful defending when they allowed prop Ivan Soroka cut straight through midfield to put Clontarf 8-5 up. Then Murphy turned villain when, after picking up his own quick restart on the 22, Turlough Considine intercepted his pass and had a clear run to the line to score. UCD, though, recovered their composure, and after Ringrose had brought them closer with a penalty, he converted his side’s second try from Liam Hyland, who had barrelled over from close range to leave the score 15-15 at half-time.

Du Toit put Clontarf 20-18 up when he picked up Michael Browne’s suspiciously forward looking pass before Ringrose’s 40-metre penalty nudged UCD ahead again. Full-back Billy Dardis extended the lead in the 63rd minute when he brilliantly evaded a number of tackles to touch down. However, tries from D’Arcy and Du Toit put Clontarf four points up and they survived some late pressure to hang on.