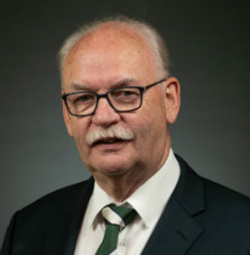 It is our privilege as President and incoming President of the Irish Rugby Football Union to extend our best wishes to Clontarf FC for the 2020-’21 season.

We have all been counting down the days to when we can resume playing at club level since the 2019-20 season had to be prematurely ended on March 19th due to the COVID -19 pandemic.

On that account I congratulate the clubs of Ireland whose players and members – male and female –  valiantly augmented the HSE and the front-line staffs,  in the all round efforts against the deadly corona virus.

I also commend the clubs for their supportive role in consultation with the IRFU in bringing about the agreed modified programme for the 2020/’21 season in which player welfare and COVID-19 risk mitigation are the main considerations.

While the principal spotlight of our game focuses on our National and Provincial teams, the IRFU’s resolve for the well being of  men’s and women’s club fare is evidenced in the various initiatives put in place to help increase the vibrancy of the club scene, of which this season’s one-off modified structure is an example.

After extensive consultation with the clubs we believe a most attractive  and novel competitive fixtures preprogramme has emerged across the men’s and women’s game which sees the season split in two stages – Stage One between September and December confined to  localised matches and incorporating the Energia Community Series; and Stage Two,  the playing of a reformatted Energia All Ireland Leagues, commencing in January.

All told then, we share with you the exciting prospect of a busy and fulfilling club season for which we outline the gratitude of all our Union colleagues to Energia, the official energy partner to Irish rugby, highlighted by title sponsorship of the men’s and women’s All Ireland League competitions.

We wish all our club members a safe and enjoyable season.