A little piece of rugby history from Clontarf FC 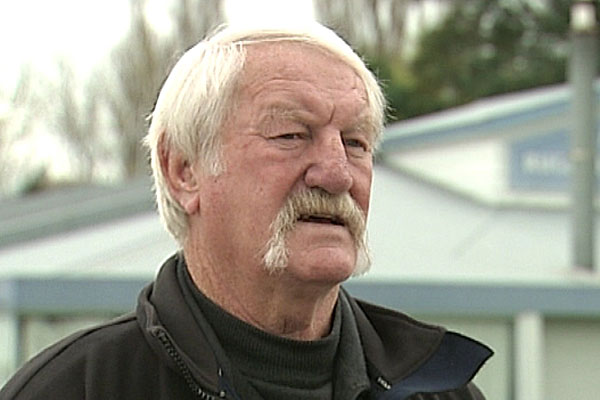 Clontarf Kiwis “A match made in heaven”

New Zealand Rugby……What can you say? Except “If you can’t beat them ………… join them.”

Or in Clontarf’s case, get a few of them to join you.

In 1966 the Wellington Athletic Football Club were on a tour to England, Hong Kong, and Japan when their exploits were picked up by the then Clontarf Hon fixtures secretary, Richie Lyons,  who read about their tour in the English press while returning from a similar Clontarf trip to England. With typical bravura Richie wrote to the tour captain, All Black Nev McEwan, and  demanded that they  include a game in Ireland against Clontarf as an adjustment to their itinerary. According to press reports he is quoted as saying “Are you afraid to come to Ireland…?

After some toing and froing over expenses, the Clontarf executive agreed to pick up the cost of the flights to Dublin(apparently the then Minister for Agriculture, Charles J. Haughey also made a contribution) and the Clontarf  members agreed to billet the players in their homes . …..So game on!

So what!  I hear you say. So a touring side comes to Dublin, Quelle surprise!…. as they’d say in Spain.

The thing is …  this was no ordinary touring side,  no ordinary visit to Dublin, and it resulted in an extraordinary game.

Firstly, this was the first visit of any NZ Club touring side to Ireland.

Secondly, Wellington Athletic football club contained 5 members of the Wellington side that trounced the Lions in the previous June. Their captain, Nev McEwan,  was a legend of the game in New Zealand and many of his squad were junior All Blacks.

Thirdly, in view of the above and with the assumption of considerable superiority the tourists suggested that the fixture be against a “select fifteen” containing interpros sprinkled with full internationals. After all we want the people to see a proper contest.

Clontarf demurred on that suggestion and selected  their 1st XV for the game.

Preparations  for the big day required that the sideline seating from Lansdowne Road be moved to Castle Ave as a huge crowd were expected to witness the uppity locals get put in their place.

From this point the facts become a little hazy.  Suffice to say that there were various receptions and touristy visits arranged for the visitors which finished, on the eve of the game, with a stroll around the Guinness brewery with the obligitory few pints to finish . Apparently the Kiwi’s had a great time, slugging down the pints while the ‘Tarf boys husbanded their energies for the game the next day.

Word is the game was nip and tuck until 15 minutes into the second half when scrum half Ollie Byrne dropped a 45 yard goal to swing the score to 6  11 and the momentum to the home side. Tarf surged on late into the second half, scored two converted tries, and were worthy winners as the NZ stamina for the battle gave out.

Afterwards in an interview with RTE , the Athletic Club captain, Nev McEwan , staring through his one good eye commented:

“I thought we played it hard in New Zealand, but these Clontarf boys really put it up to us.”

This was an astonishing achievement . But don’t take it from me. There are many from that Clontarf team still lurking in the ‘Tarf bar at weekends only waiting for the chance to explain that they  were as  narky when they played as they are now!

Clontarf’s experience with New Zealand rugby players  runs like a thread of silver through the red and blue of the parish. There have been many varied personalities and talents so I cannot possibly list them all. I have focussed on the players that contributed massively to 1st XV success and made a lasting impact to the ethos of the Club. Damian O’Brien , Matt Smith and Jim Meates played together on the Clontarf Side in the 90’s whose success was critical in building the momentum to springboard us into the competitive melting pot of the AIL. They were immense personalities whose committment and love for the Club were infectious and lasting. On the pitch they were often the critical weight in the balance between victory and defeat. Damian O’Brien was a devastating winger with a hand off like a blow from a lump hammer and an innate ability to vaporise opposing tacklers no matter the excellence of their tackling technique. Jim Meates was arguably the finest backrow to play for Clontarf and would draw many neutrals to games to marvel at his brand of Kiwi backrow destruction and link play.  Matt Smith in the centre was quite simply, bottled courage. There was no dark place that Matty wouldn’t go…………………………………. And he ended up as Club captain to boot, with Brent Pope the ex Otago and All Black trialist mentoring the side as coach.

The next wave brought the quiet , slight frame of Ollie Winchester or beans as he was nicknamed. My God , did Ollie have pace, or shoe, as they call it in NZ. Ollie was an inconspicuous player until he got the ball and then it was “thank you and  goodnight” and a long vapour trail down the wing.

In the pack on the same side we had the pleasure of two contrasting kiwi second rows. Our current coach, and ex captain , Andy Wood,  was the classic granite hard player. A seething powerpack of defiance and aggression with the rugby nous to back it up. Andy moved from DLSP to Clontarf to get away from his brother Bruce …..but failed. Bruce also came across and brought his particular brand of backrow play along with a running commentary for the referee. Alongside Andy in the row was Ben Gissing; all 6’ 8” and 19 stone of athlete. Ben was a classic mix of ballet grace, basketball  hands and  cage fighter attitude.

As a duo they were the physical heart of a pack that had few shrinking violets. Many teams recognised that to nullify “Tarf you would have to dominate our Kiwi second row. Many came , some tried , all failed. Andy and Ben played together in the AIL final against Ballymena in 2003, the first of three Tarf final appearances. Its a game worth watching if you get the chance to get hold of a recording.

Probably the greatest Kiwi influences on Clontarf have come , not from players , but from coaches. Alex”Grizz” Wylie was coach of the Argentina National side in the 1999 Rugby World Cup and was persuaded to take up the position of Clontarf Senior Coach when the competition ended.  Alex Wylie’s impact on Clontarf was biblical. His attitude was professional , detailed, and demanding.

Alex revolutionised the rugby structures and demanded that the administration of the Club come up to his standard. His reputation was so strong that his word became law and over his short tenure Clontarf moved from being a Club run by amateurs to a club owned by amateurs but run by professionals in the key positions both on and off the pitch. The smooth running of Clontarf today owes much to the simple but critical changes prompted  by Alex Wylie and introduced by the far seeing  Executive Committee of that time.

Alex was followed by Phil Werahiko who , like Andy and Bruce Wood, played rugby in DLSP.Our current U20’s coach, Phil is the complete antithesis of Alex Wylie.He has  an encyclopedic  knowledge of, the game, the challenges of each position, and the talent and patience to technically improve every player who crosses his path. It is no surprise that Phil is the current senior rugby coach in Belvedere College S.J.

And so we come to the present. Today the Kiwi influence in Clontarf Senior Rugby is on the sidelines. Our Head Coach, Andy Wood, Senior Backs Coach, Simon Broughton and as mentioned our U21’s Coach Phil Werahiko currently fly the NZ flag with honour in Castle Avenue.  The three guys have set up home in Dublin and Andy and Phil have married local girls. Much like the anglo normans they have become” more Irish than the Irish themselves”.  Aaron Dundon is the sole New Zealand player on our first team this year, however due to his hard work off the pitch and great form on it, he has been more of a regular for Leinster this season.

For the future, well there is always a welcome on the mat for foreign players in Castle Avenue no matter  whether they are from South Africa, New Zealand, France, or Cork or anywhere. The Club’s experience of adding the various different accents and cultures and attitudes has been nothing but positive and the club has never been stronger.

To finish could I say that New Zealanders are special. As in 1966 they travel with a deserved reputation for rugby excellence.

We like to hope that, at our Gathering in November, as in 1966, in return,  we might leave them with a few gentle marks to remember us by.